1948, after the Japanese invasion of the Philippines, Arsenia Umali started selling coffee beans from Lipa, Batangas in a small scale distribution within the area. 1950's, Arsenia Umali fled Lipa Batangas with her only son Alberto Umali Olarte to the highlands of Baguio City. To provide for her son and family, she brought the BARAKO coffee to the cordilleras to make a living. Buying and selling coffee, they stumbled upon the BENGUET coffee locally grown in the cordilleras.

The first store was established in 1953 located in Baguio City Public Market as a family business and became a prominent name as a coffee supplier in cooperation with several farms providing coffee around the region, helping each other for the love of coffee. Using the family name UMALI which also means WELCOME in the cordilleran dialect. Hence. the store was called UMALI COFFEE STORE

By the 1960's to 1970's, UMALI COFFEE STORE remained as the number one source of coffee beans, not only in the city, but of the entire province and most parts of northern Luzon with 2 coffee store branches located at the Baguio public market and Baguio hangar market. And by 1980's, Alberto started venturing to cafeterias located at hangar market, Hilltop Hotel, and 2nd kayang st.
By the 90's most of the stores closed. However, the first store held its ground and survived the turmoil.

The first coffee shop, CAFFEINE ADDICT, was established 2004 in Nevada square in Baguio City under the collaboration of Sendero Luminoso and Umali coffee store, and tried to regain the UMALI name as a dominant coffee provider. Now located in Shangri-la village Baguio City 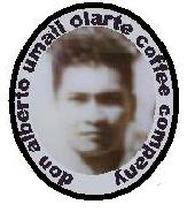