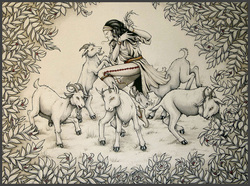 According to a coffee history legend, an Arabian shepherd named Kaldi found his goats dancing joyously around a dark green leafed shrub with bright red cherries in the southern tip of the Arabian Peninsula.  Kaldi soon determined that it was the bright red cherries on the shrub that were causing the peculiar euphoria and after trying the cherries himself, he learned of their powerful effect.  The stimulating effect was then exploited by monks at a local monastery to stay awake during extended hours of prayer and distributed to other monasteries around the world.  Coffee was born.

Despite the appeal of such a legend, recent botanical evidence suggests a different coffee bean origin. This evidence indicates that the history of the coffee bean beagan on the plateaus of central Ethiopia and somehow must have been brought to Yemen where it was cultivated since the 6th century.  Upon introduction of the first coffee houses in Cairo and Mecca coffee became a passion rather than just a stimulant 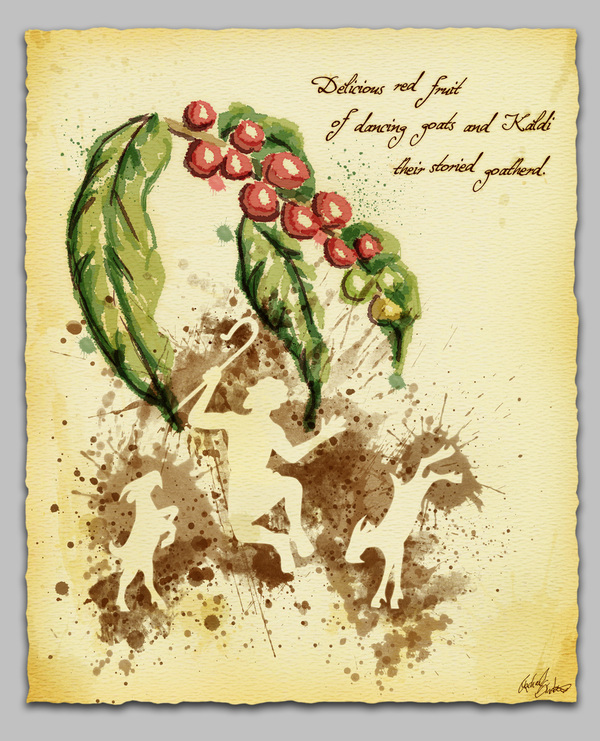