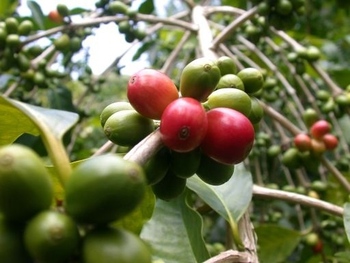 kape umali coffee company:  FARMS of ARABICA COFFEE, 500 HECTARES of COFFEE LAND; with our contributory farms of over 500 HECTARES found in BENGUET, KALINGA, MT.PROVINCE; an average of 60 TONS PER YEAR.

The Choicest Arabica, Robusta, and Excelsa beans grow in the higher elevations, ripening slowly in a cool air, volcanic rich soil to create the most exotic flavor profiles. From home grown Philippine beans, regions like cordillera and Tagalog to other regions of the world like Indonesia, Latin America and Europe.

Our single-origin coffees showcase the finest from each growing regions. Roasts and other blends balance the best traits to create exciting flavors that no individual coffee can offer.

Coffee grows in over 70 countries
Primarily cultivated in Latin America, Southeast Asia and Africa
Green (unroasted) coffee beans is one of the most traded agricultural
commodities in the world
Arabica and Robusta are the most commonly known coffee species
Less popular beans are: Excelsa, Liberica and three more
In 2003, Oman is the number one Philippine coffee importer, followed by
US, South Korea then Taiwan 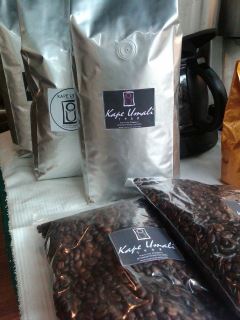 Smell of coffee restores appetite
Depending on the type of coffee and method of preparation, the caffeine content of a single serving can vary greatly

Methods of creating brewed coffee:There are several different methods to create brewed coffee, including a percolator, drip coffeemaker, French press or simply a coffee pot suspended over a campfire. These would all be considered "brewed" coffees, but the individual methods yield different strengths and flavors.

Has superior grade and contains less caffeine, has a smooth taste and a desirable flavor, very aromatic, sizes and shape of beans are uniform. Thrives in highlands and cold places such as the cordillera and Mindanao.

Arabica Benguet–said to be the best Arabica grown in the Philippines and at par with world’s known Arabica. Its acidity is approximately that of Jamaica’s Blue Mountain and Hawaii’s Kona Coffee.

Sagada–one of the best organically grown Origins Coffee from the highlands of Cordillera regions and is made from 100% premium Arabica. 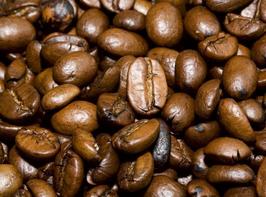 Is a less grade coffee but twice the caffeine than in Arabica. Has a distinct and strong flavor with a full body taste. Popular in Italian coffee culture. Mainly used in producing instant coffee because of its bold and full flavor. Less expensive. Thrives in warmer climate such as Ifugao and Cavite.

Major crop in the Philippines as well as in Malaysia and Indonesia. Has a stronger taste than Arabica, it has larger cherries and rare to find, Appreciated in Scandinavian counties such as Romania. It thrives in humid climate such as Batangas and Cavite.

Nutty flavor and blends well with Arabica and excelsa. Commonly mistaken for barako because of it rarity. It is highly resistant from dryness and other coffee diseases. Commonly found in Tagaytay and North Cotobato.

OTHER KINDS OF ARABICA

Caturra - Caturra is a mutation of Coffee Bourbon discovered in Brazil.  It is a mutation with high production and good quality, but requires extensive care and fertilization.  It is short with a thick core and has many secondary branches.  It has large leaves with wavy borders similar to Coffee Bourbon.  It adapts well to almost any environment, but does best between 1,500-5,500 feet with annual precipitation between 2,500-3,500 mm.  At higher altitudes quality increases, but production decreases.

Catuai - Catuai is a high yielding coffee plant resulting from a cross between Mundo Novo and Caturra.  The plant is relatively short, and the lateral branches form close angles with the primary branches.  The fruit does not fall off the branch easily, which is favorable with areas with strong winds or rain.  Catuai also needs sufficient fertilization and care.

Pache comum - Pache comum is a mutation of Typica coffee first observed on the farm El Brito, Santa Cruz Naranjo, Santa Rosa, Guatemala.    Many consider the cup to be smooth Or flat.  This coffee varietal adapts well between 3,500-5,500 feet.

Pache colis - Pache colis was found in Mataquescuintla, Guatemala in a farm consisting of Caturra and Pache comum.  The coffee fruits are very large and the leaves are roughly textured.  Pache colis provides some resistance to phoma.  It has secondary and tertiary branching, and typically grows to 0.8-1.25 m.  It adapts well to altitudes of 3,000-6,000 feet with temperatures between 20-21°C.

Catimor - Catimor is a cross between Timor coffee (resistant to rust) and Caturra coffee. It was created in Portugal in 1959.  Maturation is early and production is very high with yields equal to or greater than the yield of other commercial coffee varietals. For this reason the method of fertilization and shade must be monitored very closely.  The Catimor T-8667 descendants are relatively small in stature, but have large coffee fruits and seeds.  The Catimor line T-5269 is strong and adapts well to lower regions between 2,000-3,000 feet with annual rainfall over 3,000 mm.  T-5175 is very productive and robust, but can have problems at either very high or very low altitudes.  At low altitudes there is almost no difference in cup quality between Catimor and the other commercial coffee varietals, but at elevations greater than 4,000 feet Bourbon, Caturra, and Catuai have a better cup quality.

Kent - Kent is used for its high yield and resistance to coffee rust.

Mundo Novo - Natural hybrid between Typica coffee and Bourbon coffee. The plant was first found in Brazil.  The plant is strong and resistant to disease.  Mundo Novo has a high production, but matures slightly later than other kinds of coffee.   It does well between 3,500-5,500 feet with an annual rainfall of 1,200-1,800 mm.

Maragogype - This coffee varietal is a mutation of Typica coffee and was discovered in Brazil.  The Maragogype coffee plant is large and is taller than either Bourbon or Typica.  Production is low, but the seeds are very large.  Maragogype adapts best between 2,000-2,500 feet.  The cup characteristics are highly appreciated in certain coffee markets.

Amarello - This coffee varietal, as its name Indicates, produces a yellow fruit.  It is not widely planted.
CIVET COFFEE

After the Civets eat the coffee fruit off the coffee trees they digest most of the outer fruit and then defecate the beans which are gathered up and washesd, sun-dried, and lightly roasted resulting in the famous Civet coffee.

Civet coffee known for its high aroma, smooth taste, and low acidity – often quite
sweet and very full in the cup – civet coffee is made with coffee beans that are retrieved from the excretion of an animal called the civet.

How Civet Coffee is Produced

The coffee beans pass through the civet’s digestive tract where the outer fruit is mostly digested, and then the beans are then defecated onto the ground. Coffee farmers then collect the coffee beans and usually wash and sun-dry them. 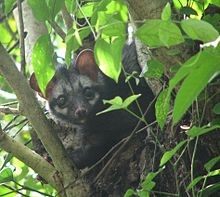 One of the most pronounced characteristics of civet coffee beans is their natural lack of bitterness, so they are only lightly roasted to preserve their complex flavors.

Where is Civet Coffee Popular

Civet coffee produced in the Philippines is known as Kape Alamid (in Tagalog regions) and Motit Coffee (in the Cordillera). Civet  coffee is popular in coffeehouses in Vietnam where there is even a market for simulated civet coffee.

Kape Alamid From the Philippines

One civet coffee found in the Philippines and other locations is called Kape Alamid (Tagalog translation of civet coffee) and is produced using Arabica (Coffea arabica var. arabica) as well as Liberica (Coffea liberica) and Excelsa beans. 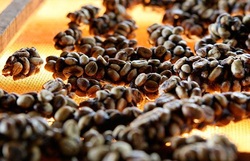 While this coffee does have the typical characteristics of civet coffee  – high aroma, smooth taste, low acidity – it also has other distinct characteristics that create a unique flavor profile.

The civet’s unique ability to select only perfectly ripe coffee cherry (fruit) to feed upon helps to ensure a consistent high quality of coffee beans.

This natural selection process for the best quality coffee beans is one of the reasons why wild-collected civet coffee has such a smooth flavor profile and aroma which may not be the same with farm-raised civets that are fed coffee beans picked by farmers.

Specific proteins that normally give coffee a bitter taste are broken down by the enzymes, resulting in a less bitter coffee and allowing the coffee’s notable highlights to shine through when the coffee is given a light roast.

While some people are concerned about civet coffee’s potential bacterial contaminants (e.g., E Coli), others claim that civet coffee is perfectly safe because the civet’s stomach enzymes help to eliminate the bacteria, as does the washing, sun-drying, and the high temperature of the roasting.

Civets are classified as Paradoxorus Philippinensis (an endangered species) in the Philippines, but in Sumatra they are in the family Viverridae.

The civet has been compared to animals in the cat family and also the weasel family, though it is not related to either. One of the most numerous types of civets on civet coffee farms is the Asian palm civet (Paradoxurus hermaphroditus).

Civets aren’t the only animals that are utilized for their coffee bean processing abilities. Defecated coffee beans are also gathered up from the feces of wild Muntjac (barking deer) in Indonesia and Malaysia – this coffee is known as Kopi Muncak (or Kopi Muntjak).

The Price of Civet Coffee

Civet Coffee is one of the world’s rarest coffees, as well as the most expensive, selling for up to $600 per pound on the world coffee market. Civet coffee is also sold by the cup in many coffeehouses in Southeast Asia. 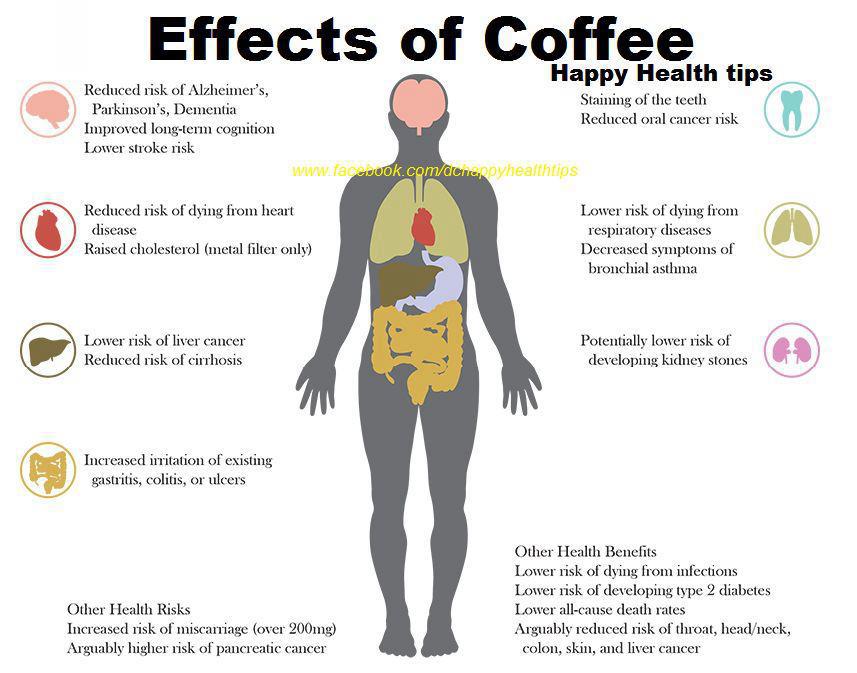